By Muhammad Luqman
The lower house of Pakistan’s parliament on Friday passed a resolution calling for the formation of a committee to probe MNA Ayesha Gulalai’s allegations against Pakistan Tehreek-e-Insaf (PTI) Chairman Imran Khan.
The resolution, moved by Pakistan Muslim League-Nawaz’s (PML-N) Arfa Khalid, calls for the committee to hold in-camera proceedings over the issue and submit its investigation report in a month.
The speaker has been asked to form the committee and include members of both treasury and opposition benches in it.
The resolution was supported by the ruling PML-N and opposition parties- Pakistan Peoples Party (PPP) and Muttahida Qaumi Movement.

PTI members were not present in the assembly at the time the resolution was tabled in the national assembly..
The prime minister, in his address in the assembly earlier, also called for the formation of such a committee as ‘matters of the house should be dealt with in the house’.
During the session, women lawmakers also spoke on the issue.

Jamiat Ulema-e-Islam-Fazl’s Naeema Kishwar called for presenting the report of the inquiry committee in Parliament.

PPP’s Nafeesa Shah stressed holding an unemotional debate on the issue and wondered why the PTI was overreacting so much.

“In our society a woman who rises up for her rights faces allegations herself,” said Shah.

PML-N’s Marvi Memon said Ayesha has shown courage to come out and speak. “I can say on oath that what she has said is 100 per cent true. She’s not the only one to have faced this, and by coming out she is giving strength to others who are still quiet,” she said.

PTI’s Shireen Mazari said if Ayesha has proof she should bring it forward.

Mazari also lashed out at the ‘defenders of women’, saying where were they when PML-N’s Khawaja Asif used foul language against her on the floor of the assembly.

Prime Minister Shahid Khaqan Abbasi has directed the Islamabad inspector general of police to provide 24-hour protection to Gulalai, who is still an MNA.

The premier was speaking in the assembly session on Friday after chairing a cabinet meeting of the newly-sworn-in federal and state ministers.

Abbasi said he made the decision after seeing news reports of threats against Gulalai. “Have never seen such an incident in my 30-year political career,” said Abbasi.

Speaking in the assembly, the prime minister said he respects both the accuser [Gulalai] as well as the person against whom the allegations are being levelled [Imran], adding that an in-camera parliamentary inquiry committee should probe the issue.
Earlier this week, Gulalai levelled serious allegations of sexual harassment against Imran along with allegations of marginalisation of women in the party and corruption.

During a press conference, Gulalai had told reporters that ‘mothers and daughters were not safe with Imran Khan.’ 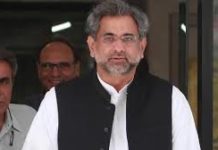 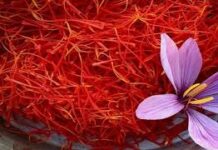 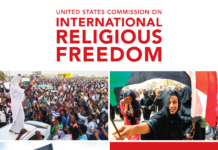