By Muhammad Luqman
Pakistan’s former military ruler Pervez Musharraf has directly accused former President and PPP co-chairman Asif Ali Zardari of being complicit in Benazir Bhutto’s assassination, reasoning he had “the most to gain from [it]”,
“Asif Ali Zardari is responsible for the Bhutto family’s demise. He was involved in the deaths of Benazir and Murtaza Bhutto,” Musharraf said in a video posted to his official Facebook page.
The retired general said he was speaking out because he “could not tolerate” the fact that Zardari had recently directly accused him of being responsible for the murder.
Saying that he wanted to directly address the three Bhutto-Zardari children, the Bhutto family and the people of Sindh, Musharraf argued: “Every time there is a murder, the first thing that needs to be seen is who has the most to gain from the death. In this case, I had everything to lose as I was in power and the murder put my government in a difficult situation,” he said.
“There was just one person who had everything to gain from Benazir’s assassination, and that was Asif Ali Zardari,” he continued, proceeding into what he termed as his ‘analysis’ of the case.
“Zardari was in power for five years: why did he not look into the case? Why was the investigation not active? [That is] because he was involved in Benazir’s murder.”
Going further, Musharraf said: “The evidence is clear that Baitullah Mehsud and his people were involved in the murder; but who had asked them to target Benazir Bhutto? It could not have been me — the group hated me, and the feeling was mutual.”
“It is a known fact that I wanted Mehsud dead — so did the Government of Pakistan — after his group had attempted to kill me,” Musharraf revealed.
“Zardari, on the other hand, had a great relationship with former Afghan president Hamid Karzai — a link he could have used to influence Mehsud and his people,” he said.
“The charge they are levying against me is that I did not provide Benazir adequate security — [but that is] something I was not responsible for. The only question I have is, who took the decision to create a hatch in the roof of a bullet and bomb proof car?”
“The other thing is, Benazir had a heavy security detail. She had already addressed the public gathering and gotten into the car unharmed, before someone called her incessantly and got her to wave to the people out of the hatch. Her phone was not found for over two years after the assassination attempt,” he alleged.

“We have to look at the circumstances and assess the situation. The next question is, who was in the car with her when Benazir died? Naheed Khan, her [Naheed’s] husband, Makhdoom Amin Faheem and Khalid Shehenshah — Zardari’s old jail buddy — were all in the car, but the court never even summoned these people to record their statements during the proceedings” he complained.
“Shehenshah was made the close-in security in-charge for Benazir. My question is why? What experience did he have in the field? What is even more suspicious is that he was also murdered under mysterious circumstances soon after Benazir’s death,” Musharraf said.
“What is even more strange is that the man who murdered Shehenshah was also killed. Who is capable of all this, one should ask. The answer is Asif Ali Zardari,” he said, adding that all these questions raise suspicions regarding the case.
The Lahore High Court’s (LHC) Rawalpindi bench had earlier the same day ordered that the record in the Benazir Bhutto murder case be provided to the court by the end of November.
The order was issued after the LHC approved Zardari’s three appeals against a verdict given by an Anti-Terrorism Court (ATC) in the Benazir Bhutto murder case in August.
The LHC bench will start proceedings regarding the appeals from November 27.
Zardari had challenged the ATC’s Aug 31 verdict on September 18 to seek the death penalty for Musharraf and two senior police officers who were sentenced by the ATC to 17 years in prison in connection with Bhutto’s murder. 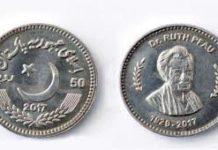 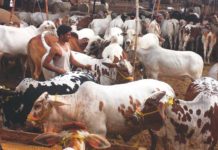