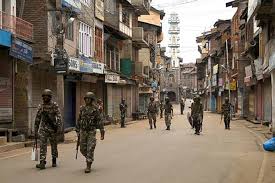 The United Nations Security Council will hold a session to discuss the Kashmir dispute on Friday, Radio Pakistan reported.

Quoting diplomatic sources, Radio Pakistan on Thursday reported that the Kashmir dispute would be discussed under the agenda item ‘Pakistan-India question’.

“This is a big success for Kashmir and Pakistan. The debate is happening after many decades,” the report added.

It was also confirmed in a report by Geo News TV Channel, which quoted UNSC president Joanna Wronecka as saying: “The UNSC will discuss the Jammu and Kashmir situation behind closed doors most likely on August 16.”

The UNSC president, in response to a question, was quoted as saying that the session will “most probably” be on Friday as the UNSC would not operate on Thursday.

Radio Pakistan reported that the last time occupied Kashmir found a reference in the UNSC was the UN Security Council Resolution 1172 in 1998 after Pakistan had conducted nuclear tests. They added that it was the first time in decades that the matter was being mentioned under the ‘India Pakistan question’.

Earlier, Pakistan drew the attention of the UNSC presidency to the grave threat to peace and security in South Asia after India annexed occupied Kashmir and called for summoning an emergency meeting of the council to discuss the rapidly aggravating situation.

In a statement issued on Tuesday night, Foreign Minister Shah Mahmood Qureshi said that he had written a letter to the UNSC president, asking the latter to convene an emergency meeting of the council to discuss India’s “illegal actions” that also “violate UN resolutions on Kashmir”.

Following the news of the UNSC session being convened, while speaking to PTV, Qureshi hailed it as a “big diplomatic success” for Pakistan.

On Wednesday, China also backed Pakistan’s request for the international body to discuss India’s move and asked the UNSC to meet behind closed doors on Thursday or Friday, diplomats said.

However, France responded to the request by proposing that the council discuss the issue in a less formal manner — known as “any other business” — next week, diplomats said.

Russian envoy to the United Nations (UN) Dmitry Polyanskiy has said his country does not object to the meeting called by Pakistan to discuss India’s move to revoke the special status of occupied Kashmir, according to media reports.

“Moscow doesn’t object to holding such a meeting, but the matter should be discussed behind closed doors,” Polyanskiy said while speaking to reporters.

Meanwhile, the Russian foreign ministry in a statement emphasised the need to de-escalate the Pakistan-India tensions on the disputed valley, stating that there is no alternative to political and diplomatic means to resolve the disputes.

“There is no alternative to resolve differences between Pakistan and India accept bilaterally through political and diplomatic means,” the statement said.

The two foreign ministers discussed the situation in the Himalayan region amid worsening relations between Pakistan and India after New Delhi decided to unilaterally change the legal status of Kashmir, according to the statement.

In a statement by the Pakistan foreign ministry, Qureshi during his telephonic conversation with Lavrov said the steps taken by India were against the UNSC resolutions on occupied Kashmir and international law.

The foreign minister underlined that Indian actions entailed grave risks for peace and security, and highlighted the severe hardships faced by the people of occupied Kashmir in the face of unprecedented lockdown.

Qureshi also shared concerns about the intensified repression by Indian security forces and the possibility of a false flag operation, which would further endanger peace and security in the region.

Lavrov stated that Russia was closely observing the situation and underlined the importance of resolution of all outstanding issues through dialogue and peaceful means.

Briefed Russian FM Lavrov on Indian unilateral steps to change disputed status of IoK, it's demographic structure & the severe hardships faced by Kashmiris due to lock down. Russia is closely monitoring the situation and urged to resolve issues through dialogue & peaceful means. pic.twitter.com/7nDnzQkP0v 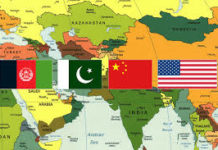 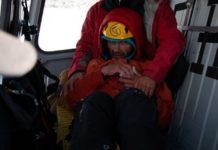 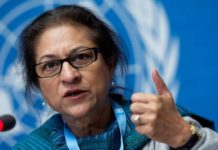 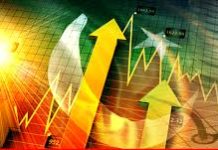