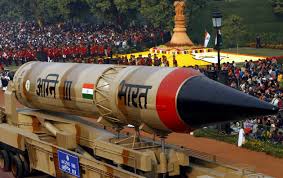 Pakistan’s Prime Minister Imran Khan has called upon the world community to seriously consider the safety and security of India’s nuclear arsenal in the control of the fascist and racist Hindu Supremacist government of Prime Minister Narendra Modi.

He said this is an issue that impacts not just the region but also the world.

Indian Defence Minister  Rajnath Singh on Friday had hinted at changing  ‘No First Use’   nuclear policy amid tension in the region over occupied Kashmir dispute.

The premier said this threatens nine million Kashmiris, who are under siege in the Occupied Kashmir for over two weeks which should have sent alarm bells ringing across the world with UN Observers being sent there.

The Prime Minister said the threat also extends to Pakistan, the minorities in India and in fact the very fabric of Nehru and Gandhi’s India.

He said one can simply Google to understand the link between the Nazi ideology and ethnic cleansing and genocide ideology of the RSS-BJP Founding Fathers.

He said the world must take note of it as this genie is out of the bottle and the doctrine of hate and genocide, with RSS goons on the rampage, will spread unless the international community acts now to stop it.

Using his Twitter handle, @ImranKhanPTI, he posted: “India has been captured, as Germany had been captured by Nazis, by a fascist, racist Hindu supremacist ideology and leadership. This threatens 9 million Kashmiris under siege in IOK [Indian occupied Kashmir] for over two weeks which should have sent alarm bells ringing across the world with UN observers being sent there.” 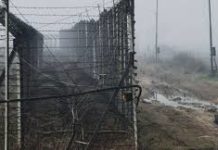 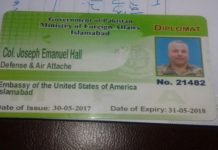 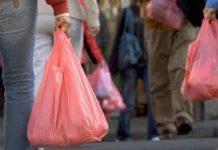