Pakistan’s Prime Minister Imran Khan has said  that Indian  government will  not succeed in its ambitions  in Kashmir because Kashmiris have overcome the fear of death.

“I chose to become Kashmir’s ambassador because I am a Pakistani, a Muslim and above all a human being. It is a humanitarian   issue,”. He said while Speaking at  a mammoth rally in  Azad Kashmir’s capital Muzaffarabad, on Friday.

The prime minister of Pakistan used his speech to convey the message  to his Indian counterpart that only cowards inflict cruelties on   people the way  Indian forces have been doing by imposing a  clampdown in Kashmir, according to English newspaper, Daily The News.

“No brave man will subject women and children to atrocities,” PM Imran said.

“You won’t be successful no matter how much cruelties you inflict. Because they have overcome the fear of death, you can’t defeat them,” he said addressing the Indian prime minister.

“Modi is a member of RSS since childhood. RSS is filled with hatred for Muslims. It has only two purposes to serve; India is only for Hindus. Muslims, Christians and  other minorities are not equal citizens,” he said.

The prime minister advised the youth of Azad Kashmir not to cross the Line Of Control.

The prime minister once again warned India against repeating the actions of  February 27 as it will elicit a tit-for-tat response.

Kashmiris  accorded a warm welcome to the prime minister in Muzaffarabad which was adorned with banners and posters welcoming Imran Khan.

The rally began with anthem of Azad Kashmir after Prime Minister arrived at the venue.

Shahid Afridi, Shehzad Roy, Fakhir,  Hareem Farooq, Humayun Saeed   and other  celebrities from showbiz and sports  travelled to Muzaffarabad to attend the rally and voice support for the people of Kashmir. 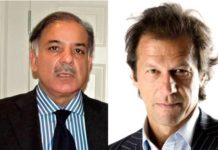 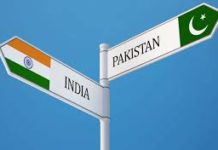 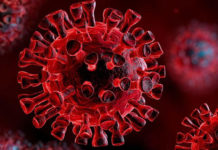