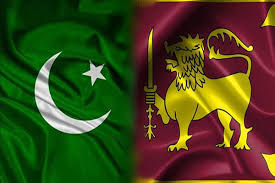 By Muhammad Luqman
Pakistan’s Foreign Minister Shah Mahmood Qureshi on Sunday called Sri Lankan Prime Minister Ranil Wickremesinghe to condemn the terrorist attacks that rocked the island state on Easter Day.
A series of eight bomb blasts ripped through high-end hotels and churches holding Easter services in Sri Lanka, killing over 200 people, including dozens of foreigners. Nearly 600 people were injured in the attacks.
According to Pakistan’s Foreign Office, four Pakistanis were among the injured. All four ─ including three women identified as Maheen Hassan, Muzna Humayun and Atika Atif ─ sustained minor injuries and were discharged after receiving treatment at the hospital.
During telephonic conversation with Sri Lanka’s Prime Minister Wickremasinghe, Qureshi expressed “his deepest condolences on behalf of Prime Minister Imran Khan and the people of Pakistan in the wake of terrorist attacks in Sri Lanka”, according to foreign office statement.
“He conveyed sympathies for the families that lost their loved ones in the tragedy and prayed for the speedy recovery of the injured. He stressed that Pakistan fully understand the pain of their Sri Lankan brethren,” the spokesman said.
Qureshi added that Pakistan “condemns terrorism in all its forms and manifestations and completely understands the trauma and agony suffered by the people of Sri Lanka today”.
“Being a victim of prolonged terrorism itself Pakistan stands with Sri Lanka in its difficult hour.”
The foreign minister, on behalf of the Government of Pakistan, also extended all out help and support to the Sri Lankan government and people.
Earlier, Prime Minister Imran Khan strongly condemned the “horrific terrorist attack in Sri Lanka on Easter Sunday”.
“My profound condolences go to our Sri Lankan brethren. Pakistan stands in complete solidarity with Sri Lanka in their hour of grief,” he tweeted.
Leader of the Opposition in the National Assembly and PML-N President Shehbaz Sharif also expressed a sense of grief over the “tragic Easter carnage” in Sri Lanka. “We mourn the loss of innocent lives. Stand by Sri Lanka and the Christian community around the globe in this hour of grief,” he was quoted by English newspaper Daily Dawn.
Condemning the attacks, PPP Chairperson Bilawal Bhutto Zardari said “as always, the purveyors of terror have chosen to target innocents on a holy day. Thoughts & prayers with all the families for whom this #Easter has become one of mourning”. 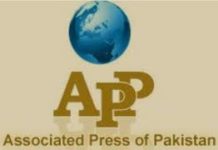 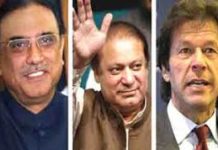 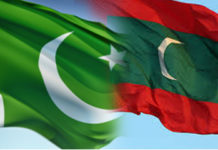 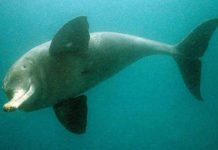