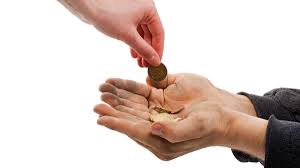 Pakistan has joined the club of world’s top nations contributing more than one percent of its GDP to charity, according to a report of Stanford Social Innovation Review.

The contributions help it stand into the ranks of far wealthier countries like the United Kingdom (1.3 per cent GDP to charity) and Canada (1.2 per cent of GDP) and it even stands quite ahead of its South Asian rival India.

Another study conducted by Pakistan Centre for Philanthropy’s Dr. Shams Lakha shows that Pakistanis give around Rs240 billion (more than $2 billion) annually to charity.

The Stanford report indicates that about 98 per cent of people in the country give in one form or another – if not with cash, then with in-kind donations or by volunteering for needy causes.

It may be Islamic values that fuel this culture of generosity in the form of Zakat, Sadaqa, and Fitrana – as well as other moral and social factors and a deeply rooted sense of compassion toward community members.

But this tradition does not yield the required results as most donations go directly to individuals, without institutionalizing this phenomen. This leads to depriving the charitable organisations of the financial assistance these may otherwise get from a generous nation like Pakistanis.

While supporting needy individuals plays an integral role in Pakistan’s social safety net, to realise the full impact of philanthropy for more sustained development efforts, Pakistan must do more, the authors of the study stress. In order for Pakistan to become a more integral player in the sustainable development agenda, it needs to make efforts to institutionalise the individual tendency of giving and redirect it toward more-structured efforts, the study recommends.

The study has also measured the philanthropy in three ways: monetary giving, in-kind giving, and time volunteered. The results found that when accounting for all forms of philanthropy, 67 per cent of survey respondents said they give to individuals while 33 per cent of respondents preferred giving to organisations.

In the case of in-cash philanthropy, Balochistan stands out with 90 per cent of respondents preferring individuals as recipients for their giving. One reason for this could be that Baluchistan is the least developed province of the ones we studied, and thus charitable organisations in Baluchistan are less established and have gained less public trust that ones in the more developed provinces.

Similar to cash donations, donors also prefer individuals for in-kind giving and time volunteered, albeit to a lesser extent, say the researchers.

Punjab and Balochistan give in-kind donations to individuals at almost equal rates, and both provinces give slightly more than KPK does, the report highlights.

According to the research, there are four major reasons Pakistanis prefer giving to individuals over socially minded organisations.

Cash donations are most frequently made in small amounts and on a regular basis. Needy individuals are the prime beneficiaries of this type of donation, as they inspire spontaneous giving driven by compassion in the moment. These individuals are also easily accessible, while organisations require more planning on the part of the donor. In addition, many organisations have not yet developed the requisite infrastructure to collect small donations.

Fear of misuse, wastefulness, and lack of impact play an important role in discouraging people from donating to organisations. Proximity and reputation are the two main factors that encourage people to donate to any one organisation. Mosques and madrassahs are more trusted than civil society organisations, hence they receive the lion’s share of donations that flow to organisations. However, Edhi Foundation and Shaukat Khanum Trust are exceptions that receive billions of rupees in the form of donations.

In Balochistan, where more people fall in low- and middle-income groups as compared to KPK and Punjab, around 90 per cent of philanthropy goes to individuals.

To encourage more institutional giving, organisations have to ensure transparency and accountability, thereby mitigating the trust deficit of givers. the report contends.

While civil society organisations need to expand their fundraising networks among the general public, efforts need to be made to inform people that giving to organisations may have greater impact than giving to individuals, the report said. 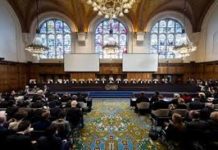 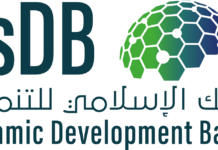 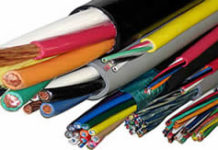