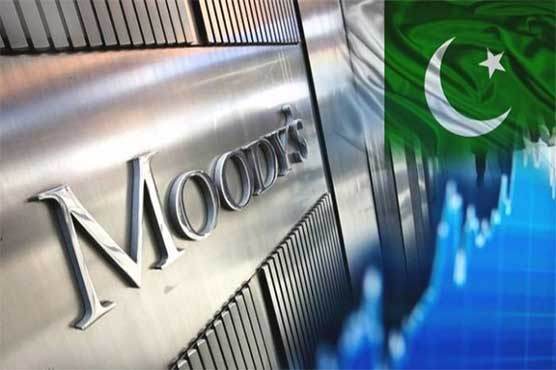 New York-based credit
rating agency Moody’s on has upgraded raised Pakistan’s economic outlook from
negative to stable on the back of the country’s reforms supported by an IMF
programme, but kept its credit rating unchanged at B3.

“The change in outlook to stable is driven by Moody’s
expectations that the balance of payments dynamics will continue to improve,
supported by policy adjustments and currency flexibility,” Moody’s Investor
Service said, adding that such developments reduce external vulnerability risks,
although foreign exchange reserve buffers remain low and will take time to
rebuild.

Projecting Pakistan’s fiscal deficit at the end of current
fiscal year at 8.6 per cent instead of 7.1pc estimated by the government in the
budget for 2019-20, the rating agency noted that fiscal strength had weakened
with higher debt levels largely as a result of currency depreciation. However,
it expected that the ongoing fiscal reforms, including through the
International Monetary Fund programme, would mitigate risks related to debt
sustainability and government liquidity.

Dr Abdul Hafeez Shaikh, Adviser to the Prime Minister on
Finance, has claimed credit for better outlook forecast by Moody’s, saying it
affirmed the government’s success in stabilising the country’s economy and
laying a firm foundation for a robust long-term growth.

Moody’s had in June last year lowered Pakistan’s outlook to
negative from stable owing to erosion in foreign exchange buffers due to
heightened external pressures.

Its representatives had visited Islamabad on Nov 27 and
noted that Pakistan’s economic fundamentals, including its economic strength
and susceptibility to event risks, had not materially changed even though
institutional strength had increased and financial strength decreased.

Noting that Pakistan’s metrics on the fiscal side weakened
recently with wider fiscal deficits and an increase in government’s debt burden
largely as a result of currency depreciation over the course of fiscal 2019,
Moody’s expected the ongoing fiscal reforms, anchored by the IMF programme and
technical assistance from other development partners, to contribute to a
gradual narrowing of fiscal deficits.

It expected “the government’s fiscal deficit to remain
relatively wide at around 8.6pc of GDP in fiscal 2020, compared to 8.9pc in
fiscal 2019, before narrowing to an average of around 7pc over fiscal 2021-23”.
High interest payments owing to policy rate hikes will continue to weigh on
government finances and significantly constrain fiscal flexibility. Meanwhile,
government revenue as a share of GDP, while likely to increase, was growing
from a lower base, having declined significantly in fiscal 2019.

Moody’s estimated Pakistan’s current account deficit to
continue narrowing in the current and next fiscal years, averaging around 2.2pc
of GDP, from more than 6pc in fiscal 2018 and around 5pc in fiscal 2019.

Under Moody’s baseline assumptions, subdued import growth
will likely remain the main driver of narrowing current account deficits. In
particular, the ongoing completion of power projects will reduce capital goods
imports, while oil imports will remain structurally lower given the gradual
transition in power generation away from diesel to coal, natural gas and
hydropower.

Tight monetary conditions and import tariff on non-essential
goods will also weigh on broader import demand for some time, although the
rating agency viewed the possibility of monetary conditions easing when
inflation gradually declines towards the end of the current fiscal year.

Moody’s expected the policy enhancements, including
strengthened central bank independence and the commitment to currency
flexibility, to support the reduction in external vulnerability risks. It also
appreciated the State Bank of Pakistan for strongly adhering to its commitment
to a floating exchange rate regime since May 2019. “These enhancements to the
policy framework will foster confidence in the Pakistani rupee, while the use
of the exchange rate as a shock absorber increases policy buffers,” it said.

Notwithstanding improved balance of payments dynamics,
Pakistan’s foreign exchange reserve adequacy remains low. Foreign exchange
reserves have fluctuated around $7-8 billion over the past few months,
sufficient to cover just 2-2.5 months of goods imports. Coverage of external
debt due also remains low, with the country’s External Vulnerability Indicator
— which measures the ratio of external debt due over the next fiscal year to
foreign exchange reserves — remaining around 160-180pc. 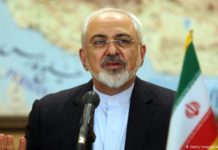 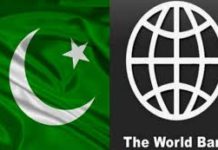