US Ambassador Paul W. Jones has commended the joint venture of Pakistani and American companies-Engro and Excelerate Energy on achieving the world’s fastest 250 ship-to-ship (STS) transfers of LNG in Pakistan.

During his visit to EngroElengy terminal at Port Qasim near Karachi,Ambassador Jones was welcomed by Engro Corporation President, Ghias Khan..

Paul Jones also went aboard the country’s first floating storage and regasification unit (FSRU), brought to Pakistan in 2015 as part of the Engro Elengy terminal – a collaboration between Pakistan’s Engro and the US’ Excelerate Energy, and investment partners World Bank Group and Royal Vopak of the Netherlands.

, “It is very nice to see the great contribution being made by Engro and Excelerate Energy through LNG to uplift Pakistan by supplying cleaner and cheaper fuel to ensure homes and industries get the gas they need for day-to-day use and to fulfil industrial requirements,”the US Ambassador said.

President of Engro, Ghias Khan, on the occasion, remarked, “We are happy to have Ambassador Jones visiting us today. Our American partner, Excelerate Energy, has played a pivotal role, which has made these milestones possible,” he said.

Ghias Khan said that Royal Vopak, which is a 25-year old joint venture partner with Engro in another business, has extended their relationship to the LNG terminal. “We consider the LNG projects in the country to be of great importance, with two terminals in the country and several more in the pipeline – the impact on Pakistan’s energy requirements is very positive while it has reduced Pakistan’s gas deficit by 50%.” He concluded. 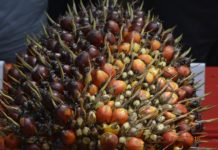 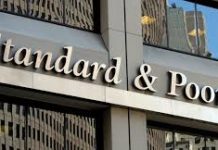 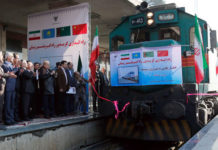 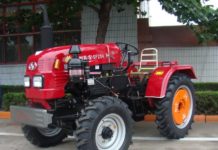