By Muhammad Luqman
Pakistan’s Anti-Terrorism Court (ATC) hearing the murder case of former prime minister Benazir Bhutto for over 9 years announced its verdict on Thursday, exonerating five accused of all charges while sentencing two senior police officers to imprisonment.
Former president General (r) Pervez Musharraf, who is also a suspect in the case, was declared an absconder for not appearing before the court. The judge has ordered confiscation of his property.
ATC Judge Asghar Khan sentenced former Rawalpindi CPO deputy inspector general of police Saud Aziz and former Rawal Town Superintendent of Police Khurram Shahzad to 17 years imprisonment each. They were also ordered to pay a fine of Rs0.5 million each. Both men were present in the courtroom to hear the verdict and were taken into custody soon after the judgement was delivered.

Bilawal Bhutto Zardari , the son of Benazir Bhutto and Naheed Khan, her personal secretary have expressed disappointment over the verdict. ” I have failed to understand why some people have been given clean chit,” Naheed Khan told a news channel.
Benazir Bhutto, the Pakistan People’s Party (PPP) chief and two-time former prime minister, was assassinated in a suicide attack at an election campaign rally in garrison town of Rawalpindi on December 27, 2007.

An FIR of the incident was registered on behalf of the state following which the murder trial of five suspects began in February 2008. However, once PPP won the 2008 elections, the investigation was handed over to the FIA.
During Wednesday’s hearing, Federal Investigation Agency (FIA) prosecutor Chaudhry Azhar said then PPP leader Babar Awan was in Bhutto’s backup vehicle, which was under the control of party leader Farhatullah Babar. He added that when the investigation was handed over to the FIA, the vehicle was recovered from Zardari House in Islamabad.
He said then president Gen (r) Musharraf’s appearance before the court was excused as he had threats against his life from Al Qaeda.
“Of the 121 witnesses, statements of only 68 were recorded,” he informed the court.
On Tuesday, suspects Hussain Gul and Rafaqat’s legal counsel Jawad Khalid told the court that the statements received from his clients hold Musharraf, among others, responsible for the crime. He also claimed that there is no solid evidence against his clients. There is a conflict between investigating officers’ statements and the weapons recovered from the crime scene, he added.
“This raises suspicion,” he remarked, adding that the court should show mercy towards the innocent. “The real culprits are not being punished for the crime,” the counsel claimed.
FIA prosecutor Khawaja Asif accepted that there is no record of the suspects in the DNA report.

The truth is that Bhutto was targeted for deviating from US policy, said Khalid, adding that there were no explosives in the suicide jacket that the suspects had submitted for DNA testing. Moreover, the suspect’s DNA report has not been submitted to the court.
On the other hand, the lawyer of Aziz and Shehzad said that nobody can stop a suicide attacker but it can be investigated who facilitated the attacker.
The statements of those injured in the attack have yet to be recorded and the post mortem of the bodies was not done, the lawyer pointed out.
From the three SIMs which were seized, two were not registered in any citizen’s name while the third SIM’s ownership was not investigated, the court was informed. 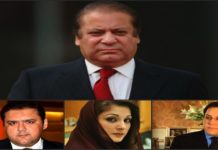 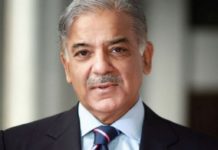 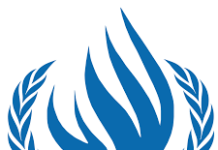 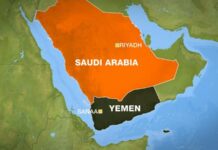