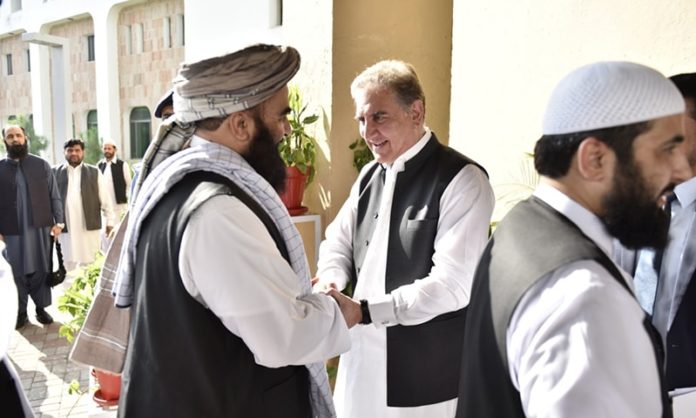 The high-level Afghan Taliban delegation currently in the capital, Islamabad to meet the Pakistani leadership held a meeting with Foreign Minister Shah Mahmood Qureshi at the Ministry of Foreign Affairs on Thursday, according to statement issued by the Foreign Office (FO).

During their meeting with the foreign minister, the delegation of the Taliban Political Commission (TPC) in Doha discussed the regional situation, the Afghan peace process and other issues of mutual interest.

According to the Foreign Office, this is the first ever visit of a Taliban delegation to Pakistan since the establishment of the TPC.

The FO had revealed a deal earlier that an Afghan Taliban delegation was to visit Islamabad to review progress under the stalled US-Taliban peace talks.

Both countries are equally facing the consequences of instability in Afghanistan over the past 40 years,” Qureshi was reported as telling the delegation. He also said that Pakistan understands that war is not the solution to any problem, according to English newspaper, Daily Dawn.

Qureshi said that in order to establish peace in Afghanistan, negotiations were the only possible and “positive” option.

The foreign minister said that Pakistan has played the mediator’s role in the Afghan peace progress and emphasised that a peaceful Afghanistan was necessary for peace and stability in the entire region.

He expressed hope that all parties would resume dialogue and that durable peace and stability can be achieved without further setbacks.

Qureshi noted that the Afghan Taliban had praised Pakistan’s role in the peace process and the attendees were unanimous in agreeing to quickly restore talks.

He said Pakistan would continue to play a mediatory role with sincerity.

“Pakistan has extended an invitation to the Taliban Political Commission (TPC) in Doha for a visit,” the FO had said in a statement a day earlier.

Shortly before the announcement, Taliban spokesperson Suhail Shaheen had said Mullah Abdul Ghani Baradar, a co-founder of the Taliban and head of their political office in Qatar, would lead the delegation during talks on important issues with Pakistani officials in Islamabad.

Baradar was the most high-profile Afghan Taliban leader detained by Pakistan following the 9/11 attacks in 2001.

He was released from prison last October and appointed to head the insurgent’s political office in a move seen as a tentative effort to aid the talks.

News of the visit came amidst reports that the special US envoy for the Afghan peace process, Zalmay Khalilzad, was also in Pakistan.

On Tuesday, Khalilzad had arrived in Islamabad for discussions with Pakistani civil and military leadership on reviving peace talks with the Afghan Taliban. 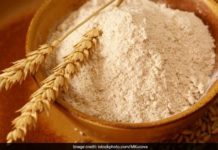 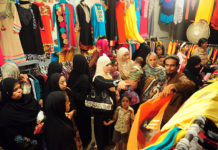 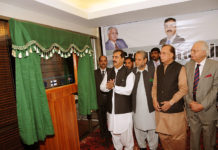 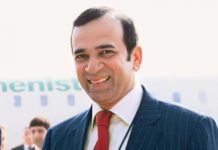